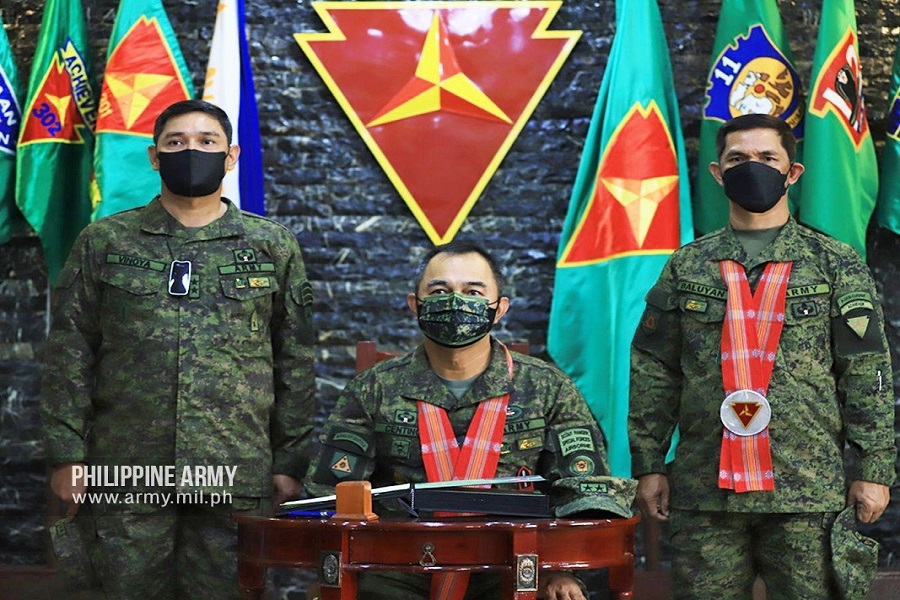 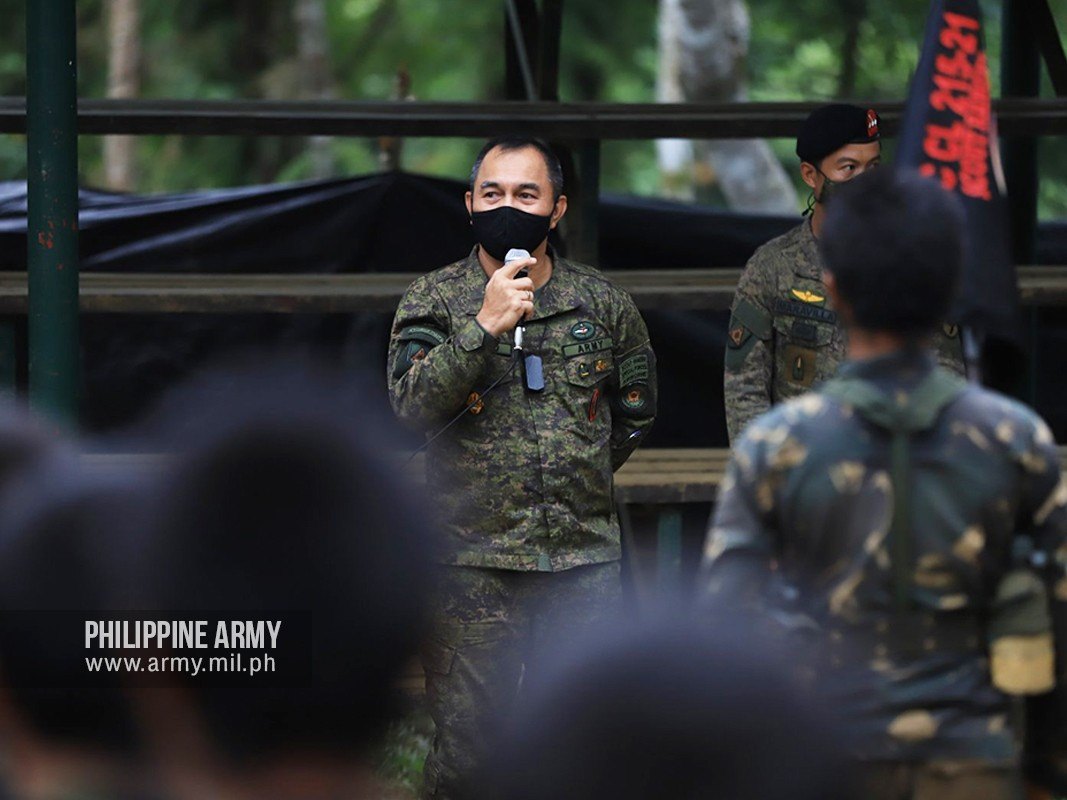 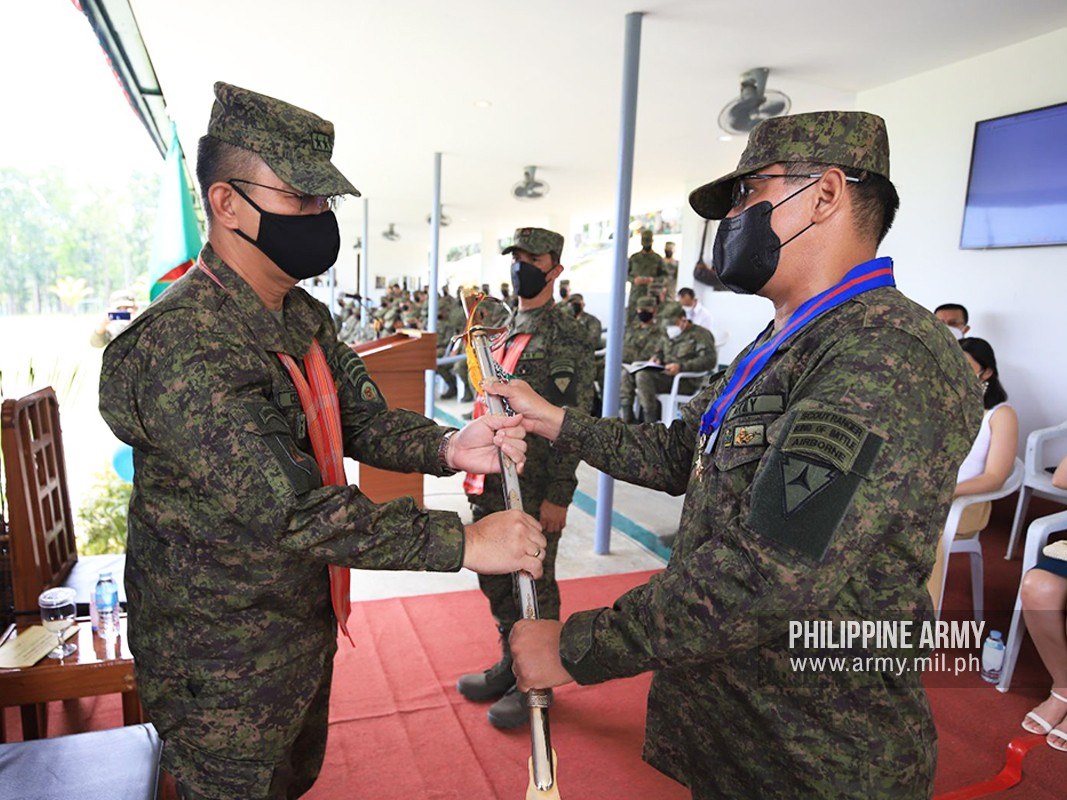 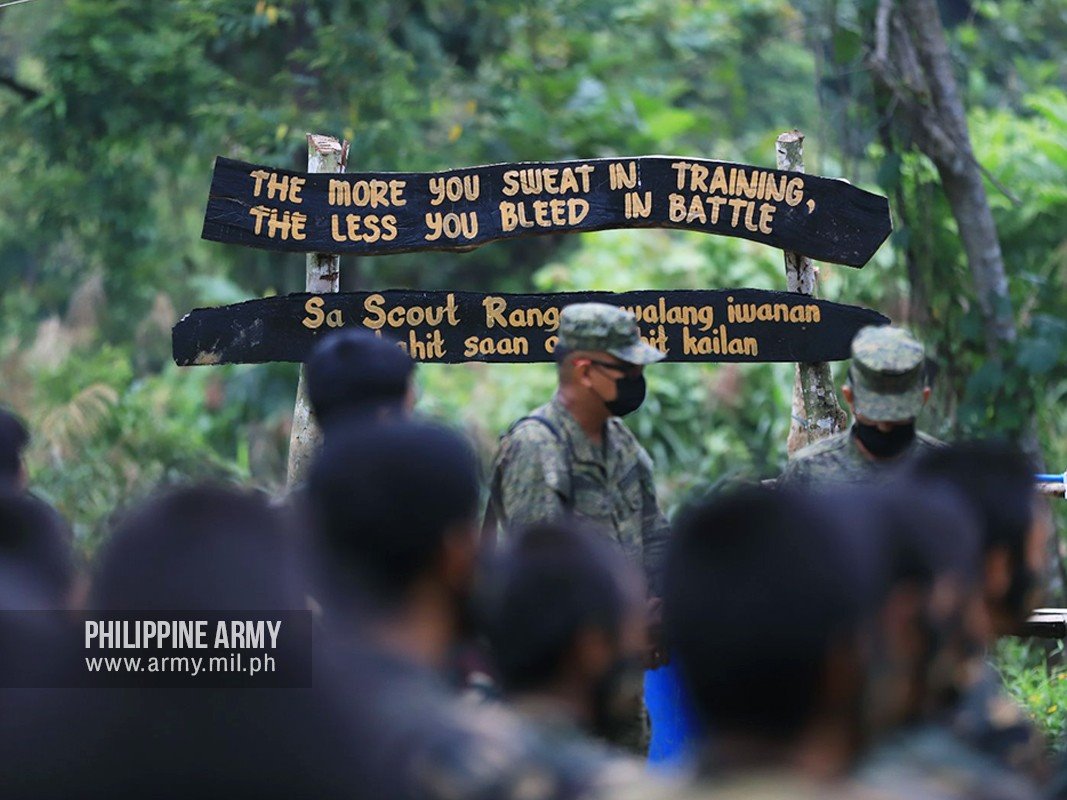 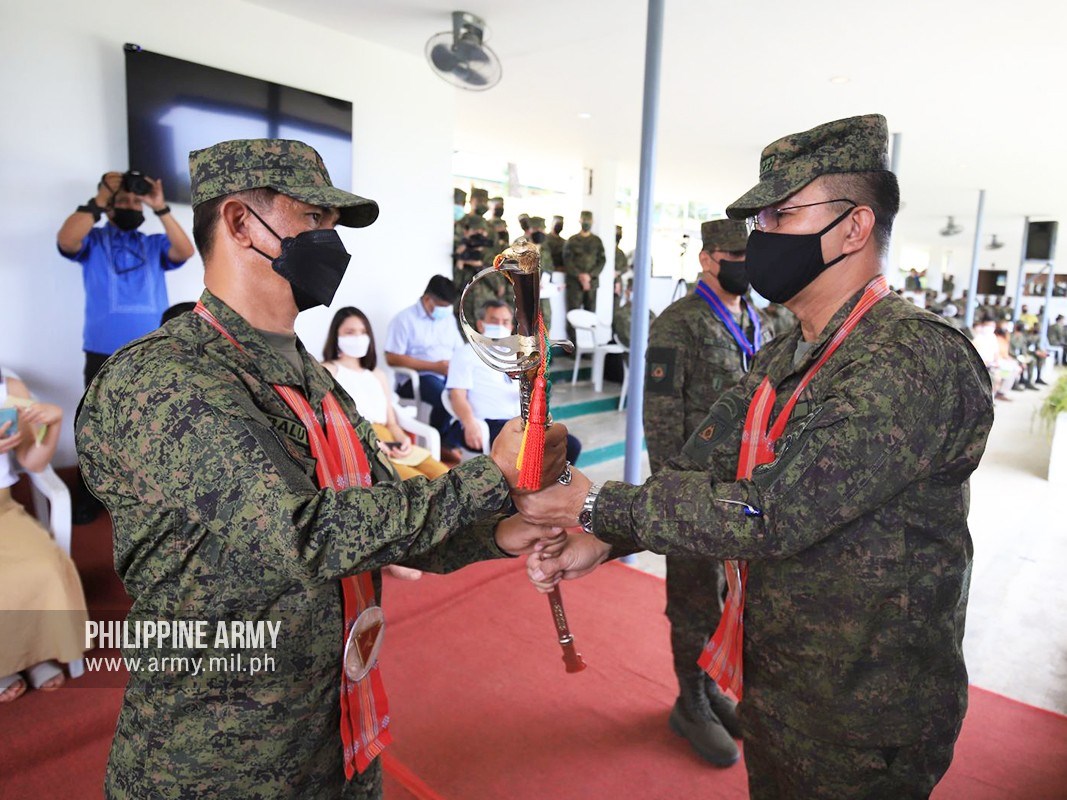 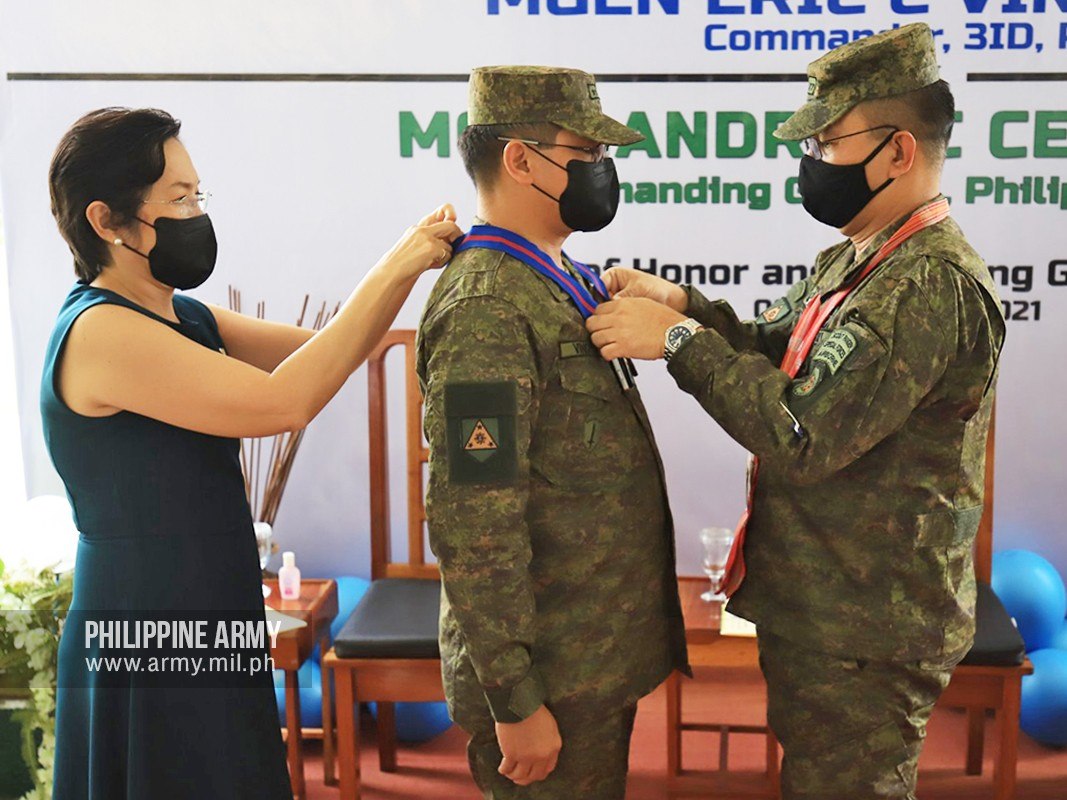 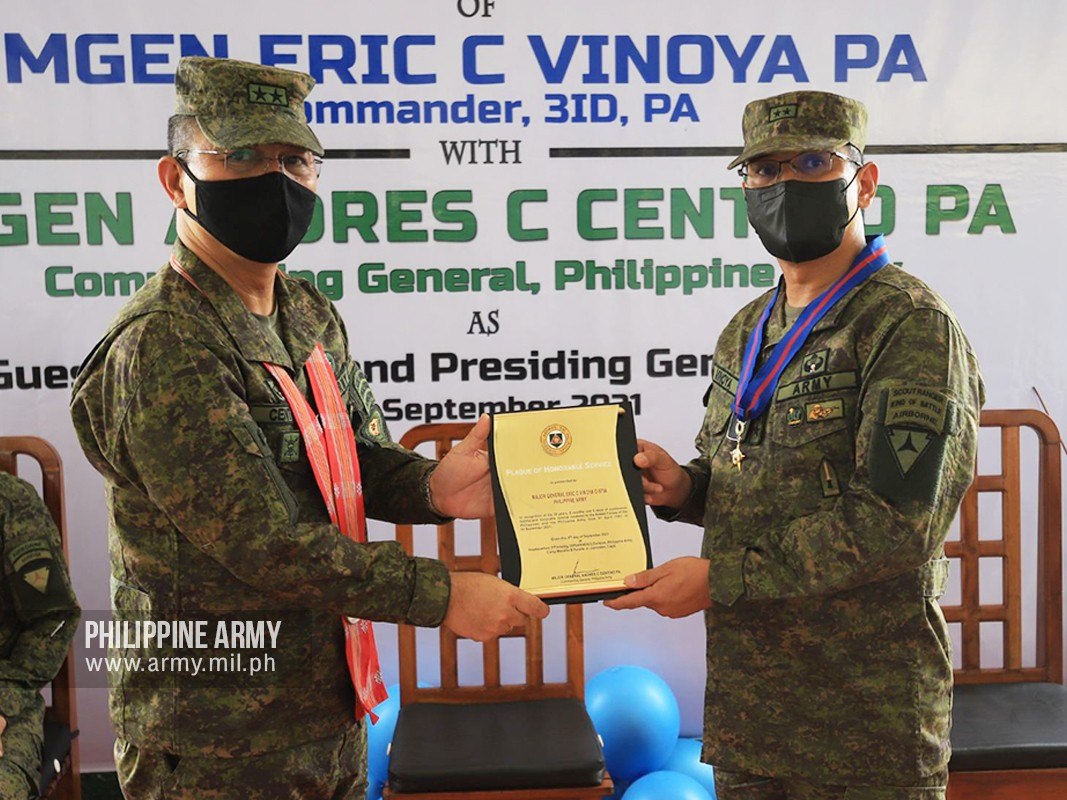 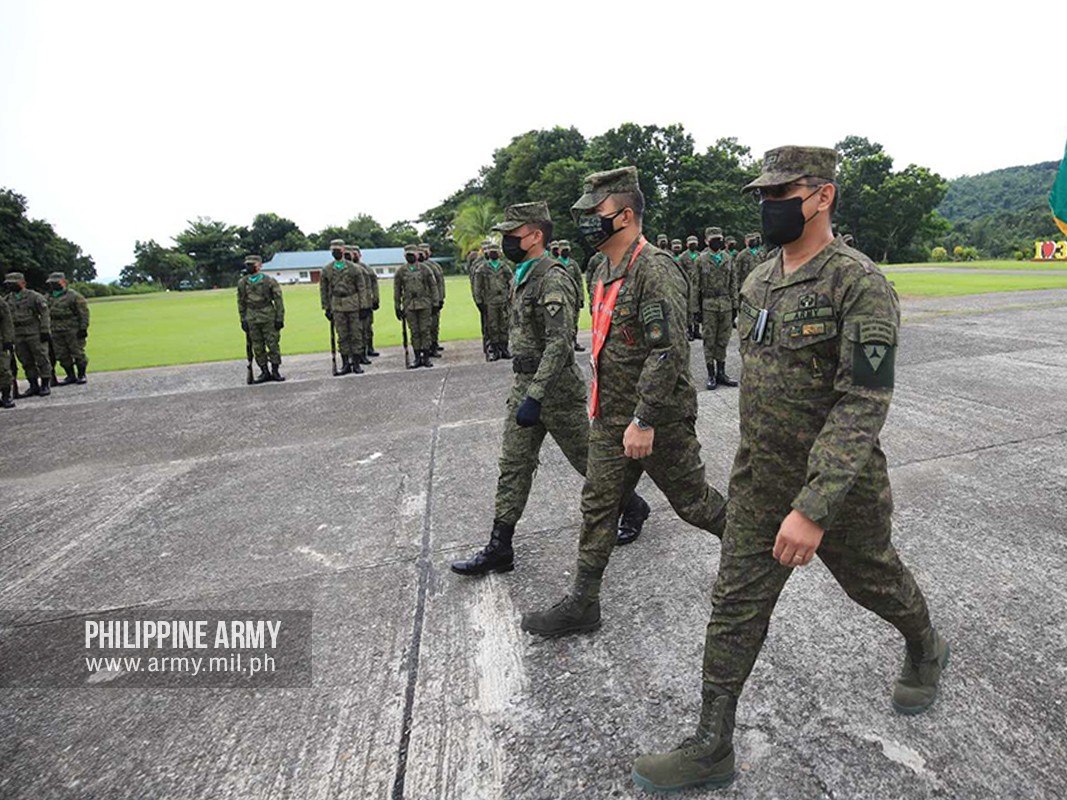 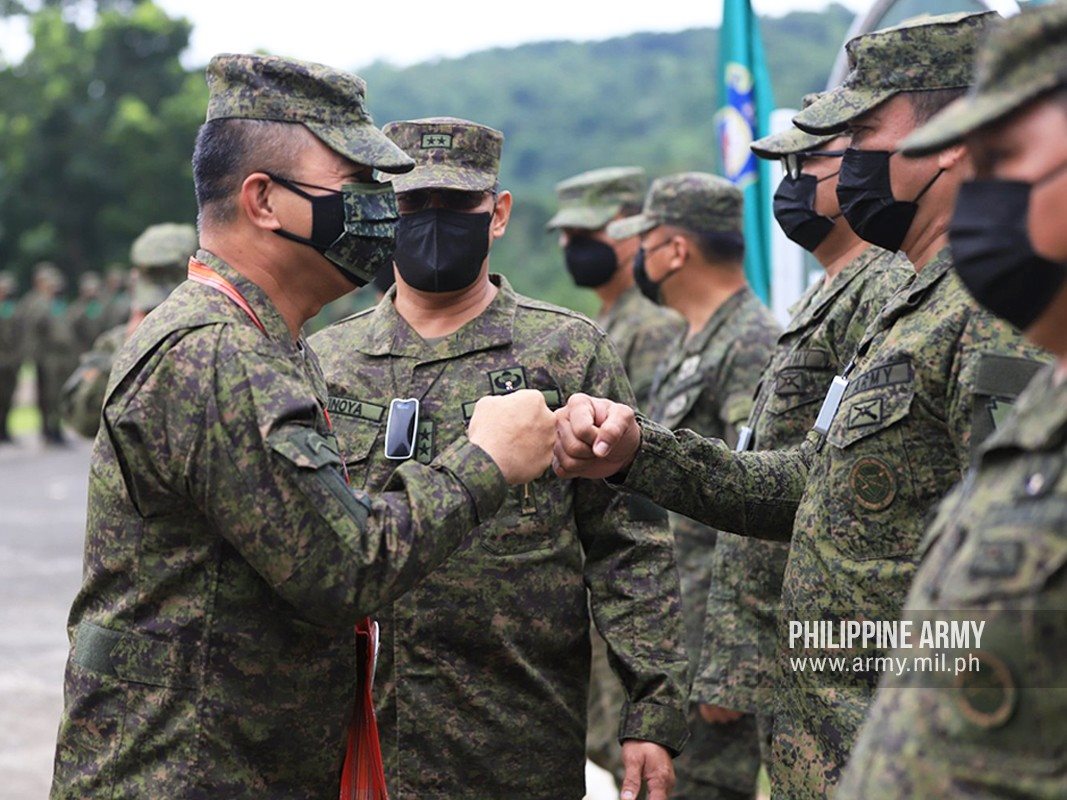 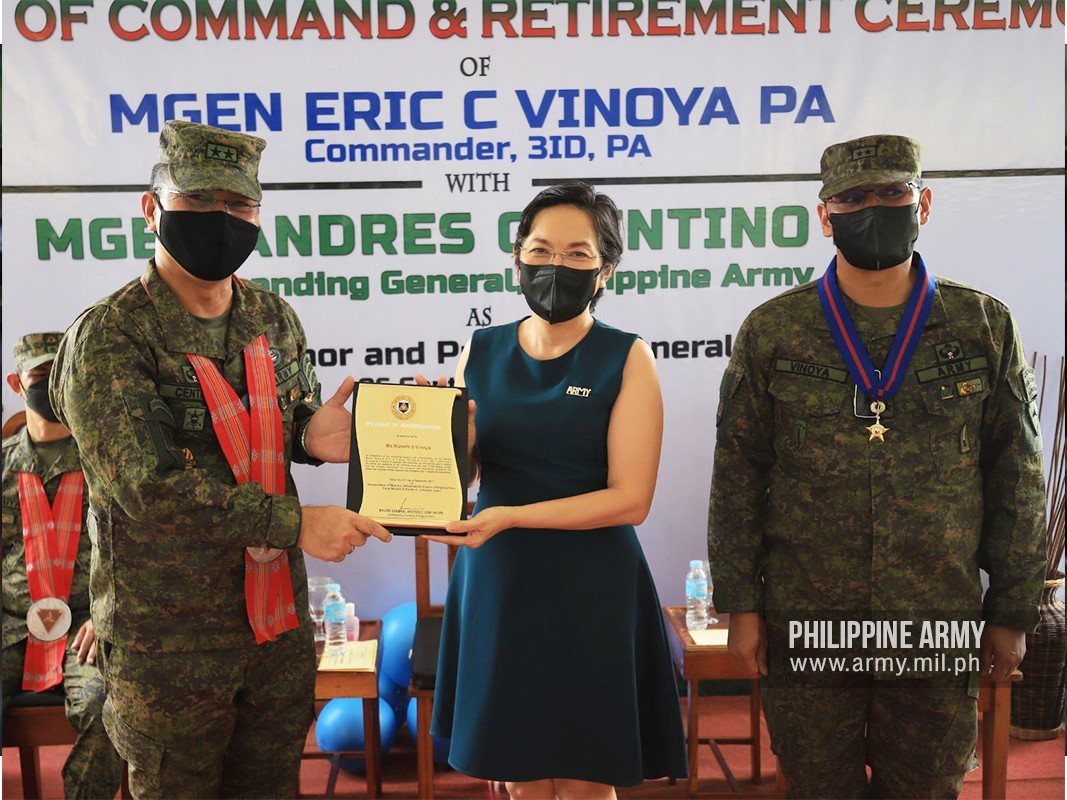 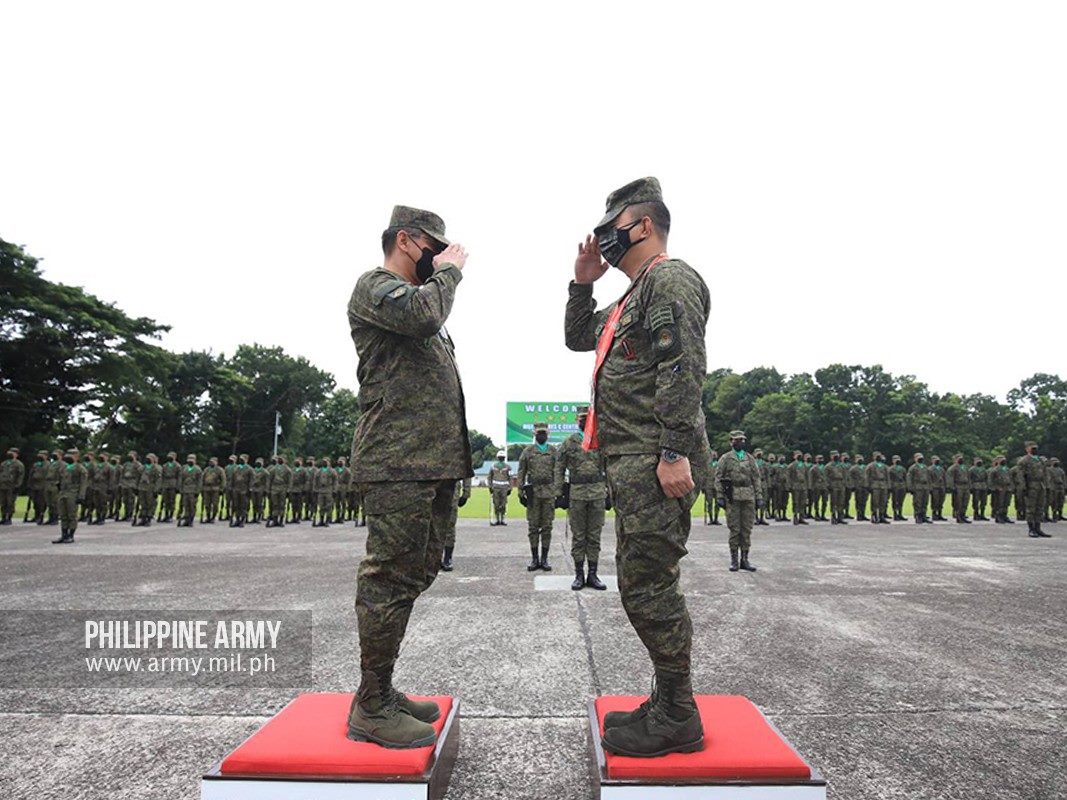 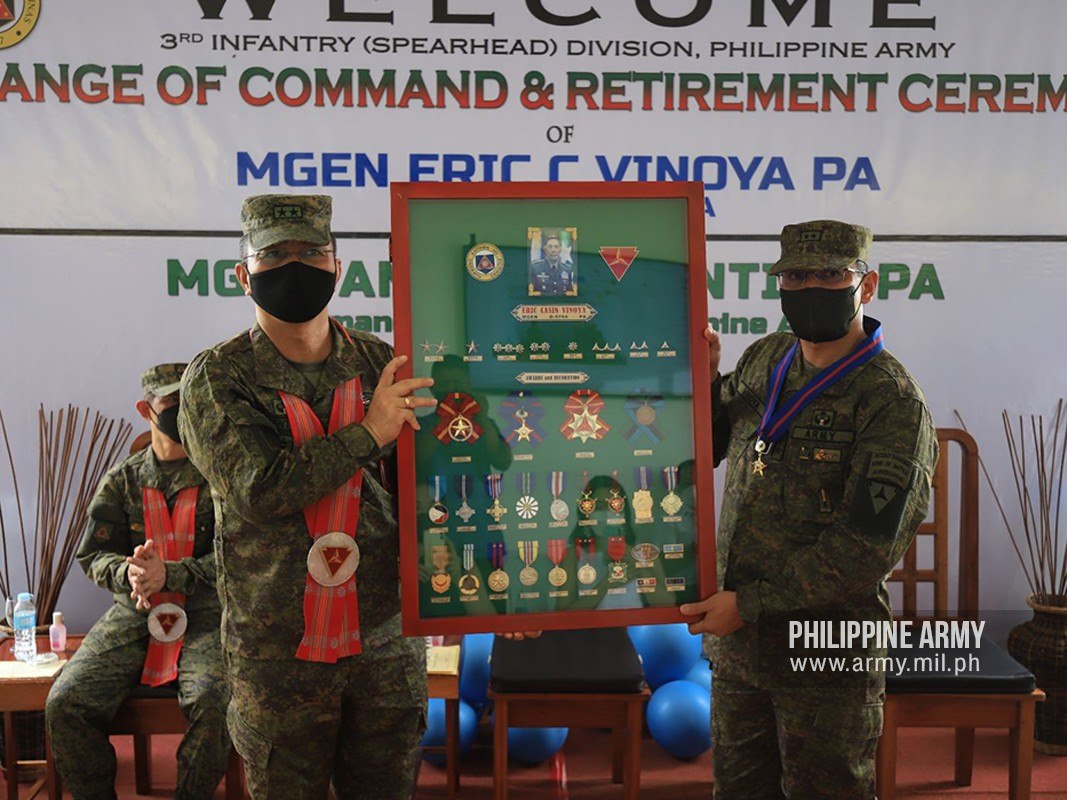 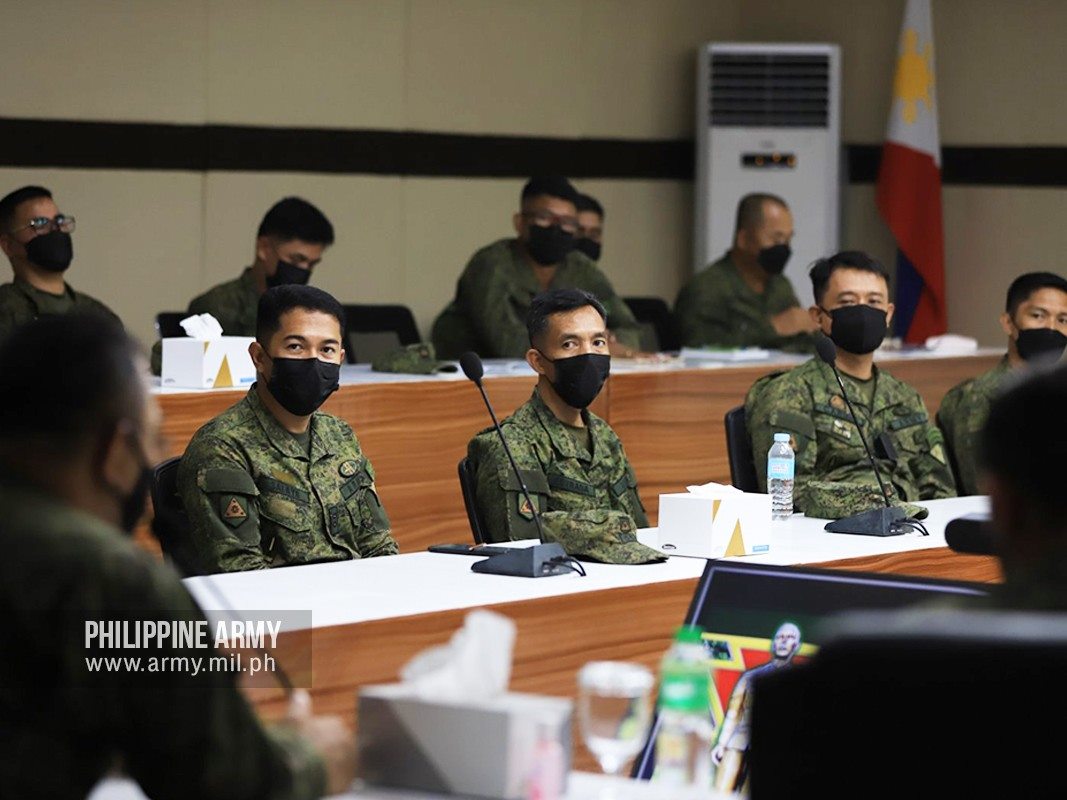 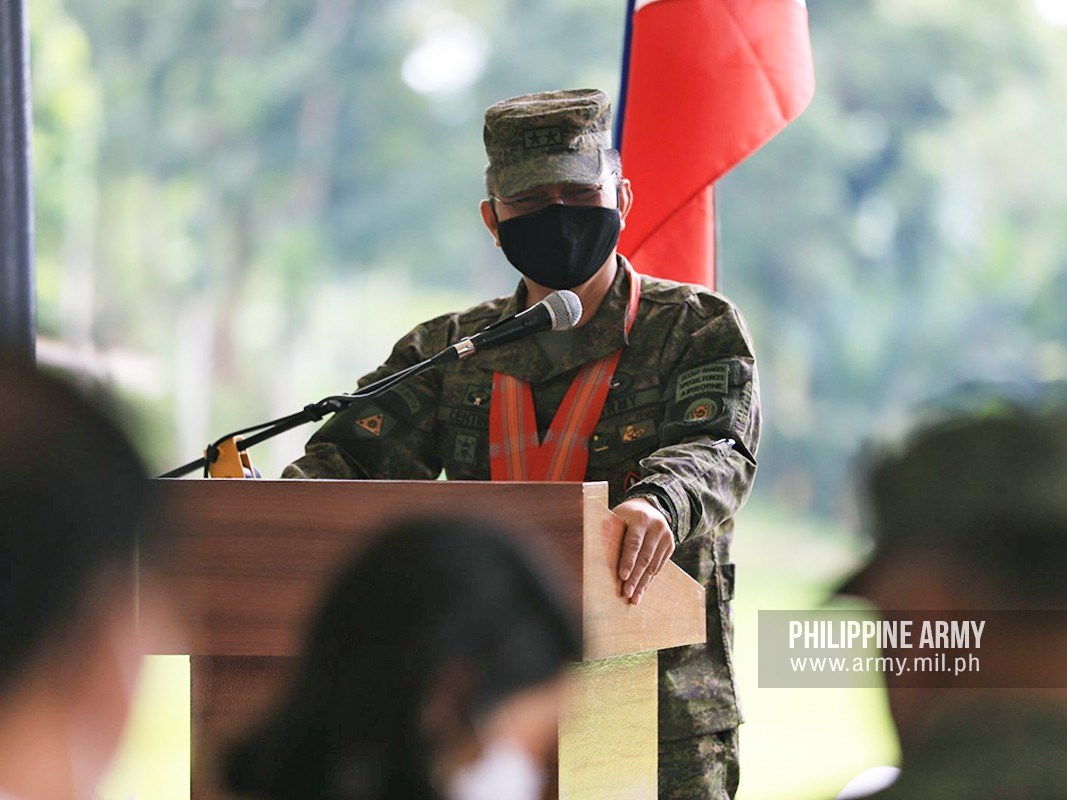 On the other hand, Maj. Gen. Vinoya graduated from PMA as a part of "Hinirang" Class of 1987. He rendered 38 years of service including almost two years as 3ID Commander where he directed the troops to conduct relentless Focused Military Operations resulting in the surrender of 25 NPA members and 154 Milisya ng Bayan, and the recovery of 111 firearms. Under Maj. Gen. Vinoya's direction, the Spearhead Troopers conducted thousands of combat operations that led to 83 tactical engagements with a total of 20 CTG members killed, while 23 high and low-powered firearms were seized. He also focused on the establishment of enhanced Barangay Intelligence Networks (BIN), which led to the neutralization of 830 CTG personalities during his stint.

"To Maj. Gen. Vinoya, congratulations and my gratitude for molding the 3ID into an exemplary unit and for instilling in your men and women the highest standards of professionalism and excellence. And to Brig. Gen. Baluyan, I know that taking the helm of this unit is an enormous and challenging task. Yet, I am confident that with the help of Team Spearhed and the support of the LGUs and stakeholders in these islands, coupled with your courage and conviction, you will continue the 3ID’s winning streaks that were started by your predecessors. Rest assured that the HPA will give its full support to enable 3ID to fulfill its mission to maintain stability and prosperity in the regions," said Maj. Gen. Centino in his remarks. #